The Nebraska Electric G&T (NEG&T) was incorporated in 1956, with the current twenty members joining shortly after the formation. NEG&T was organized under Article 7 Chapter 70-701 through 70-738 (“Electric Cooperative Corporations”) of the Nebraska State Statutes. The NEG&T By-Laws were drafted to adhere to those state laws. The cooperative concept was, and still is, the principle that governs the operation of Nebraska Electric Generation & Transmission Cooperative, Inc.

Political and operational concerns of the rural distribution systems during the late 1950′s and early 1960′s were the catalyst for the formation of NEG&T and the members’ assurance of an affordable power supply for their customers was the goal.  About this time, a new power supply was becoming available through the construction of dams along the Missouri River.  NEG&T members saw the benefit of acquiring such power, but the only way to access it was to interconnect with the federal (Western) transmission grid.  The end result was that NEG&T went to the Rural Electrification Administration (REA) and acquired the necessary funds to construct the first 230 KV lines in Nebraska from Ft. Randall, South Dakota, to Columbus, Nebraska.  As additional federal power become available, further interconnections and transmissions facilities were needed.  Again, NEG&T acquired REA funds to provide for the construction  of 115 KV lines from Mission, South Dakota, to Valentine, Nebraska, Ainsworth, Nebraska, to Thedford, Nebraska, 230 KV lines from Ft. Randall, South Dakota to Columbus, Nebraska and Hinton, Iowa, to Twin Church, Nebraska, along with the associated substation facilities needed to interconnect with Western APA’s transmission system.

Adherence to the seven cooperative principles is what makes cooperatives different. 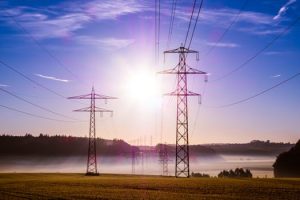